Cottesloe is hosting the 2021 Cobra Puma Junior Championship over 36 holes Monday  5-Tuesday 6 July.
The state’s leading junior boys and girls are in action chasing the important title that dates back to 1980.

Challenging conditions applied both days however the Boys Championship saw a clear winner and the Girls a tie that will be decided by a playoff on Thursday Morning 8.30am:

Joondalup’s Aldrich Potgieter has been a clear winner of the boys with 2-over 146 (73, 73) that included a stunning six birdies each day. He won by six shots from Gosnells’ Josiah Gilbert 152 (74, 78), despite trailing by a shot with six holes to go as detailed in GolfWa report below.
Girls: Playoff to come…Jorja Hinson-Tolchard wins with a birdie

Round 2 Gallery:
Our thanks once again to Catherine Strickland of GolfWA for reports,  Instagram feed and pictures following. 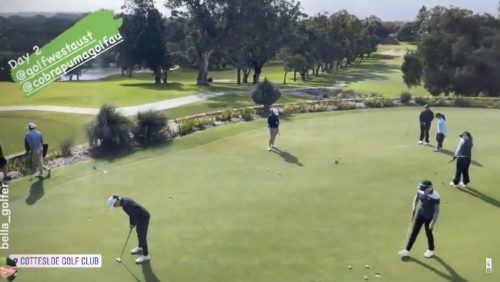 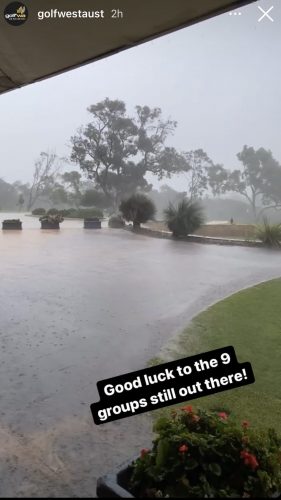 ..and finished in downpour 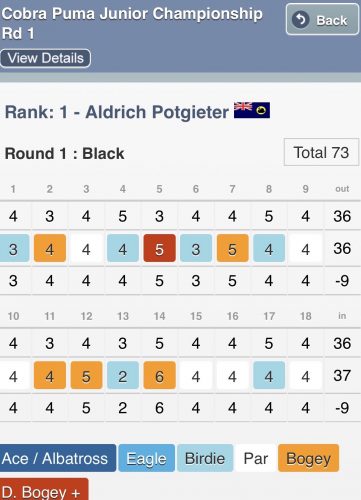 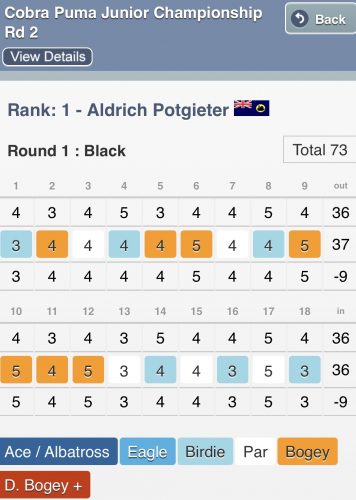 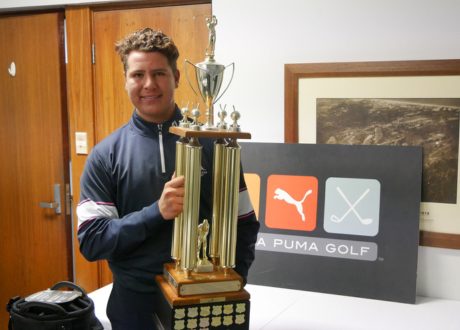 Aldrich Potgieter joins some big names on the trophy 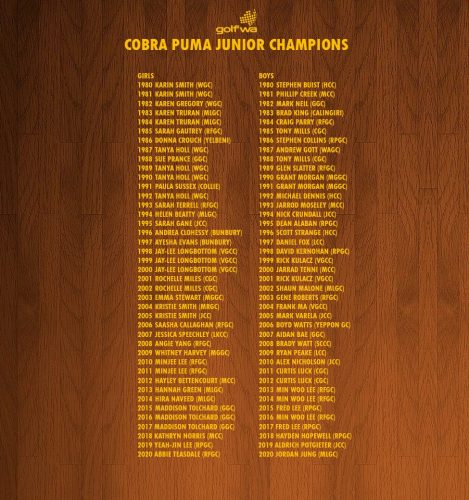 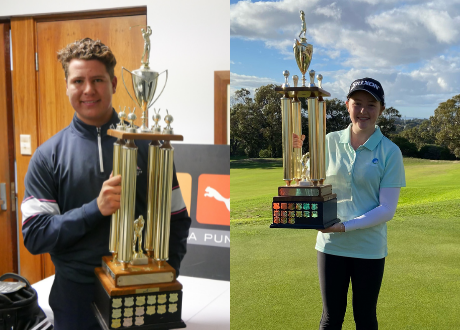 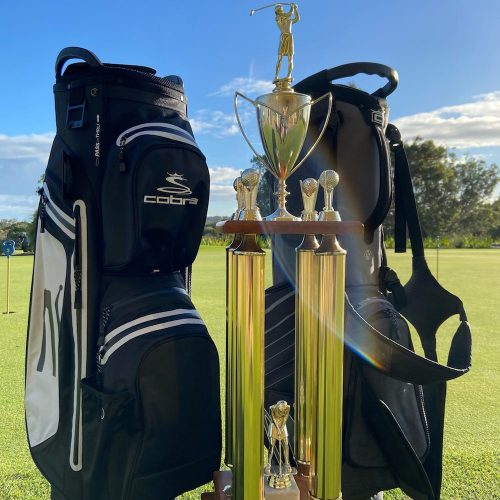 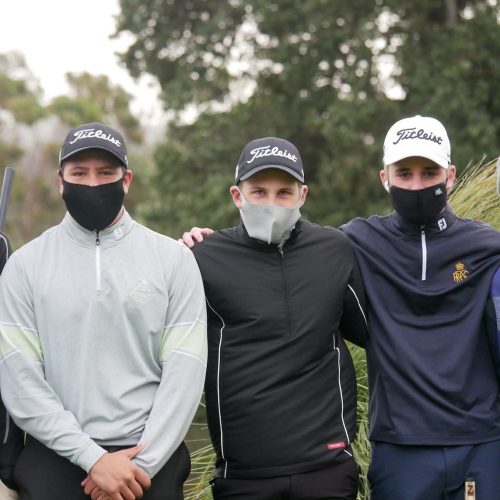 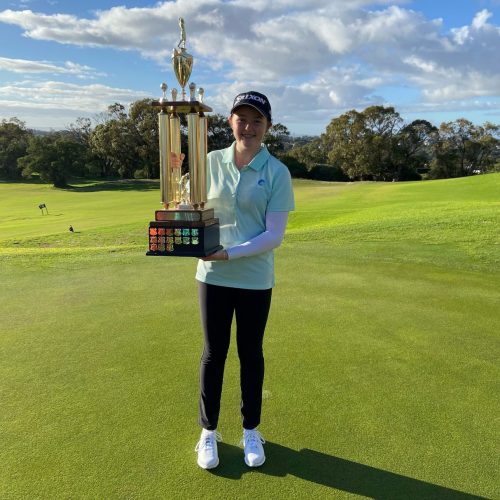 Round 1: Challenging masked up start sees good scoring
Round 1 Report from golfWA Catherine Strickland here
Masks and an up and at them attitude was required on a challenging wintry morning Monday 5 July for the opening 18 holes.

Boys:
Scoring was strong in the conditions and Joondalup’s Aldrich Potgieter,  who won the event in 2019, leads by a shot with 73  from Josiah Gilbert of Gosnells who was one of three players who shot a course record 66 at the recent Sanwell Cottesloe Open.
The leading boys group will be out from the 1st 12.03pm Tuesday:
Aldrich Potgieter 73 (JCC), Josiah Gilbert 74 (Gosnells), Tom Addy 76 (Joondalup) and Joe Buttress 77 (MLGC)

Cooper Stanley is our only Cottesloe junior playing and will be out 11.15am round 2.

Girls:
As reported by Catherine Strickland from GolfWA, unfortunately due to a recent competition in Queensland, leading girls Sheridan Clancy, Celine Chen and Amie Phobubpa are  quarantining at home and were unable to play.
Jorja Hinson-Tolchard leads with 77 from Mai Julius on 78. 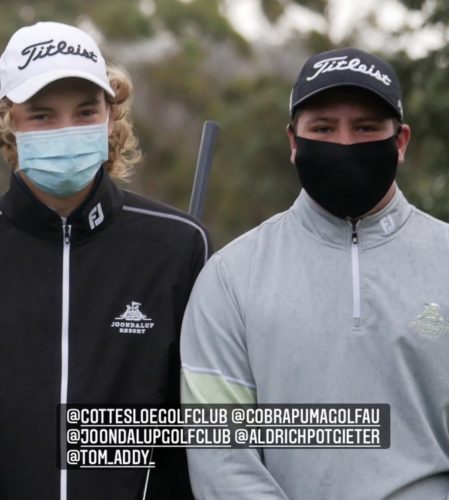 Joondalup’s Tom Addy and Aldrich Potgieter will be masks off and into battle again round two. 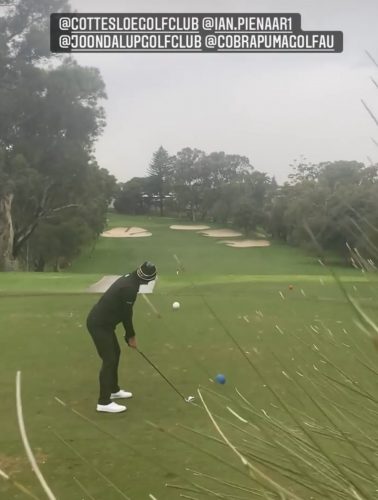