In February this year Allison achieved not only 75 years of membership but became the longest living member ever of Cottesloe Golf Club, just eclipsing Jack Rowe’s 75 years.

Allison was accompanied by daughters Juliet and Catherine and President Anne Hawthorne was delighted to present her with a silver pendant as well as a framed copy of her original membership application from way back in 1946.

In 1925 Allison Norton was born to George and Eva Norton both of whom joined Cottesloe in 1937. They were enthusiastic golfers, George won the 1939 Cottesloe Cup, Eva served on the women’s committee in the late 1940s, was vice-president from 1963 to 1965 and remained an active member until her death in 1982. Allison’s brother Bob, was quite a golfing prodigy, becoming club champion and a state representative.  He was the Cottesloe Golf Club Captain when he died young in 1969.
In February 1946 Allison joined Cottesloe as a 20-year-old which was an early 21st birthday present, and commenced a very long membership. In 1949 Allison married WA left-arm fast bowler and later club president Peter Dunn.
This is a quote from an article in the Daily News on the 6th January 1949, the day before their wedding:

Pretty, 23-year-old brownette,  Allison Norton first met 27 year-old State fast bowler Peter Dunn at a wedding last Easter. She was a bridesmaid and he was a groomsman.

Petite, blue-eyed Allison will wear a satin gown in-set with lace and featuring a low, round neck. She will carry a bouquet of white with touches of blue.

Allison will be a grass widow early in her married life as her husband has just been chosen for the Sheffield Shield games in Melbourne and Adelaide.

From 1958 to 1962 Allison was a permanent fixture in the Division 2 pennant team, she won the New Course Cup twice and was runner up in the Championship Plate twice.  In later years she won the Lady Forrest’s Cup twice as well as the Lady Brearley Tray.
The Norton family name has been perpetuated in 2 major women’s trophies. In 1974, in Bob’s memory, his mother Eva Norton presented an annual trophy for the Business Associates’ Championship Plate and in 1978 she established a trust fund for a trophy for the Women’s Gross Eclectic. After Eva’s death in 1982, Allison provided a silver tray in memory of her mother to record the names of the winners.  Allison has personally presented both these lovely trays at the annual trophy presentations for over 30 years. Allison’s brother Bob has his name perpetuated in the RG Norton Memorial Trophy since 1969.
Allison is rightfully very proud of her family’s rich club history especially the fact that her father George, husband Peter and grandson also named Peter have all won that elusive and sought after trophy, the Cottesloe Cup.  In fact husband Peter won it twice.  Their son Rick & wife Peta, and grandsons James, Robert and Peter are also long-term members continuing the Norton/Dunn family club history. 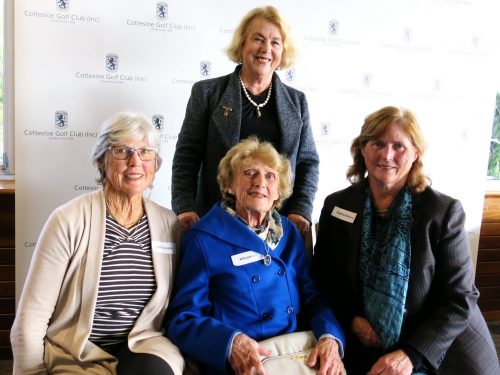 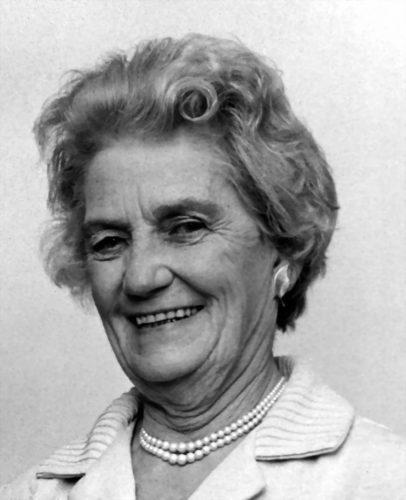 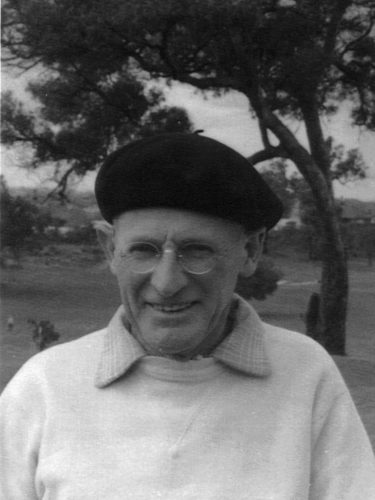 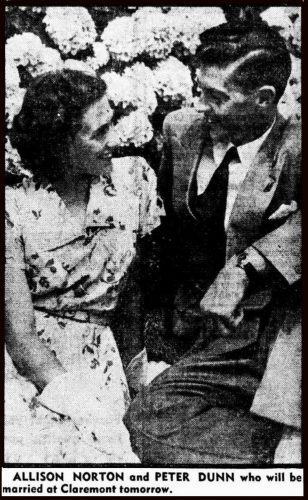 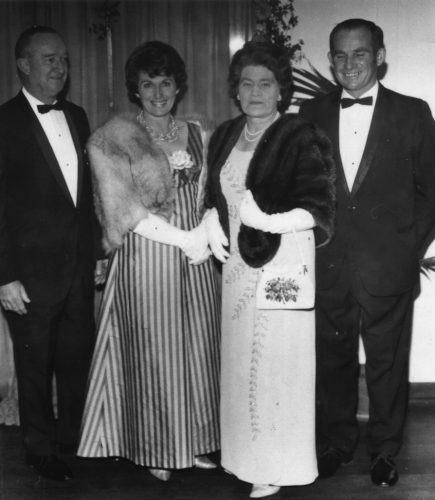 Allison presents the Eva Norton Tray to Helen McAullay in 1999