Thomas Patterson is playing the 54-hole Nevada State Amateur Championship at the Red Hawk Golf and Resort Hills Course in Reno Nevada Friday 16-Sunday 18 July.
Thomas went into the final round outright fourth on 3-under and closed with an even par 71 for tied fourth on 3-under 210 (67, 72,71). Scroll down for round by round details.

The day after the Nevada State Amateur Tom travelled into California for a crack at 36-hole Sectional Qualifying for the US Amateur. He had mentioned he expected the scoring to be hot at El Macero CC in California on Monday 19 July, overnight Monday Perth time.
..and hot is was with the two spots available for qualifying shooting a stunning 16-under and 13-under respectively, as below. Tom managed a solid 2-under 70 round 1 and then 78 in the afternoon. Qualifying results here
All good experience for our young star and he heads into his second season at University of Nevada.
The Nevada Wolf Pack golf team news and details can be accessed HERE. 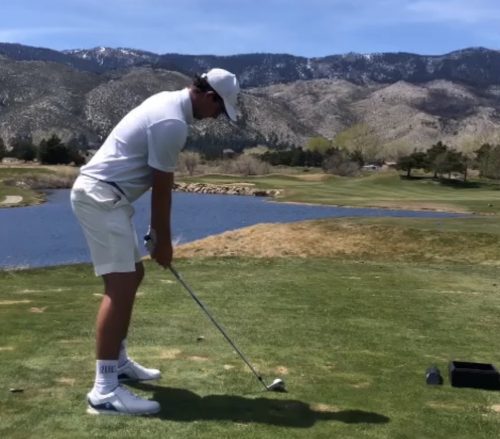 A recent pic of Tom, enjoying the 35 degree days he says 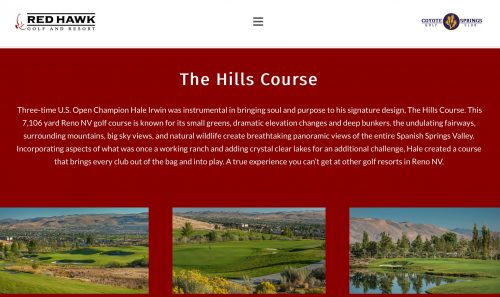 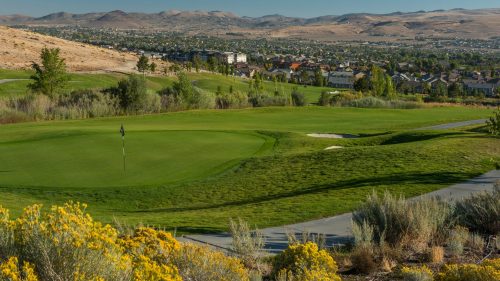 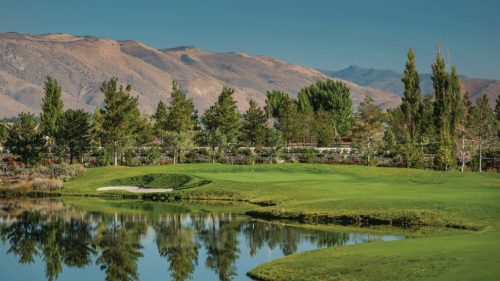 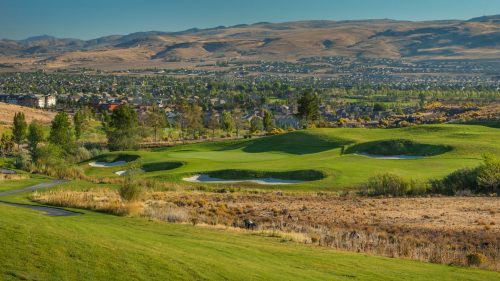 In the final round of the 54-hole tournament Thomas closed with a par 71 that had a birdie on 8 and then wore a triple bogey 7 on 9 (see how below) to turn 2-over. He got square with the back nine where he had struggled all week, seven pars and birdies on 14 and 17 for a nice solid finish.
Winner Josh Goldstein was 12-under and Thomas tied fourth with 3-under 210 (67, 72, 71).
A very nice forward showing by Tom, who advised he was delighted to hear his Dad Paul had won the Larry Harke Medal at the RD Forbes Cup weekend in Perth.

Tom sent in pics below of him in action in at the Red Hawk Resort Hills course and how he felt after the event:

” How did I get my triple on 9th on Sunday? I had a couple of cracks at a ball in thick rough (in a hazard) and then took my medicine with a drop, with which I got up and down for triple-bogey 7. Two holes out of 54 were really poor and that’s what killed me in the end. Solid event but so much to improve on. Will have to go very low tomorrow in the US Am sectional qualifier, which is an exciting challenge at El Macero. Bed time at the motel now, very proud to see Dad take home the Larry Harke, one I hope to win in the future. “

Tom will be playing his US Amateur Qualifying at El Macero CC in California on Monday 19 July, overnight Monday Perth time. 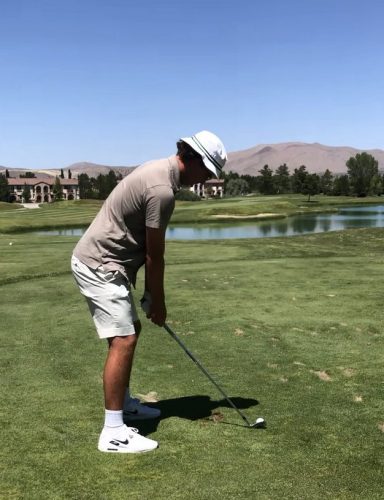 Thomas in action at the Nevada State Amateur 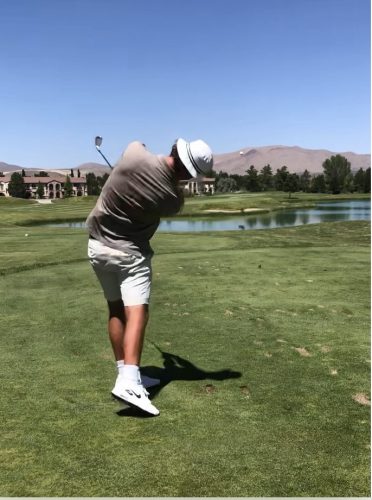 Round 2: Thomas sits 4th with 3-under 139 (65, 72)
Thomas was amongst five first round leaders on 4-under 67 and his opening nine looked more of the same. A birdie on 1, bogey 3,  birdie 4, eagle 8 saw him out out in 3-under 33. Again the back nine proved tougher, bogeys on  11 and 13 before 4 pars and then a closing double bogey 6 on 18 for 1-over 72 and 3-under total. That sees him sitting 4th outright with a round to go in the 54-hole stroke play event.
Leader Josh Goldstein on 10-under the man to catch. Final round a shotgun start about 930pm Sunday Night our time, results only up after rounds complete.

Round 1: Thomas opens and co-leader with 4-under 67

The good news today is that Thomas has opened with a lovely 4-under 67 at the Red Hawk Golf and Resort Hills Course in Reno Nevada in his opening round of the Nevada State Amateur Championship  on Friday July 16.

Tom opened with a stunning run of 7-under through 11 holes with birdies on 1, 2 , 3, 4, 6, 9, 11. he gave three back after that with bogeys on 12, 16 and 18 but a very nice start, tied with four others.
Reno is 13 hours behind Perth and round 2 will be about 9.08pm Saturday Perth time and Round 3 a shotgun start about 9.30pm Sunday night. No live scoring available we can find, but leaderboards can be found following:

We will follow our young star with interest. Go Thomas. The field is about 46 players with some strong players playing Tom advises.

Tom round 1 hole by hole. Click on name on leaderboard for details.

We checked  in last week with our 2020 Men’s Champion Thomas Patterson who is in the USA and attending University of Nevada and has completed his first academic year successfully with on-line study from Perth and then on site at the University of Nevada.

As we noted in our men’s foursomes report, Tom is reported as happy, healthy and well and was a delighted house guest of Curtis in Orlando for five days recently. Tom and Curtis enjoyed daily hits at Ilseworth Country Club, Tom met Stuart Appleby and many others and enjoyed with Curtis a nice round with new star Gabi Ruffels and major winner Patti Tavatanakit.

Curtis Luck is entered to return on Korn Ferry Tour on Thursday 22 July in the Price Cutter Championship.

Tom checked in later with the Editor and reported he enjoyed the visit with Curtis and was continuing to practice hard himself for a couple of tournaments, the 54-hole Nevada State Amateur Championship over 54-holes Friday 16-Sunday 18 July and then a crack at US Amateur sectional qualifying at El Macero CC in California on Monday 19 July.